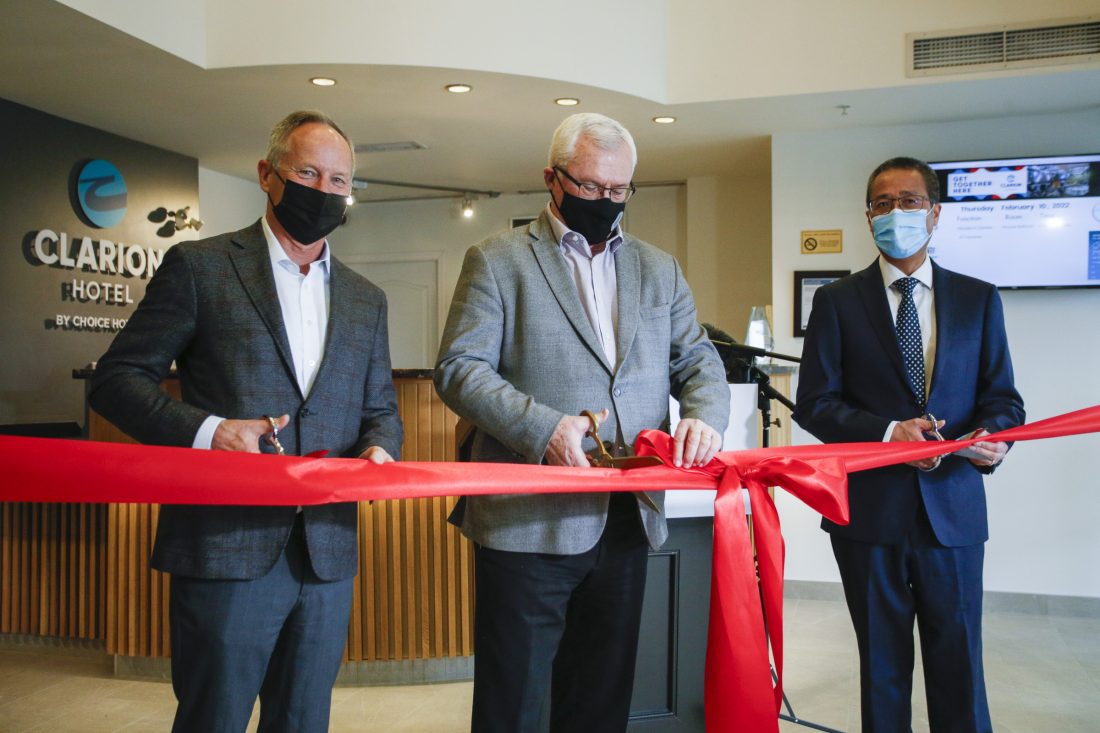 After more than two and a half months since the devastating flooding in the Sumas Prairie region in Abbotsford, B.C., Wanson Group is excited to announce the official reopening of Clarion Hotel and Conference Centre Abbotsford.

A ribbon-cutting celebration ceremony was held at the hotel on Thursday, February 10th, with Abbotsford Mayor Henry Braun in attendance, joined by Brian Leon, President of Choice Hotels Canada, and Dominic Li, Director of Wanson Group.

The hotel is also excited to be able to continue serving the community, starting with the 25th Year Silver Jubilee Business Excellence Awards on the same day, as presented by the Abbotsford Chamber of Commerce and The Abbotsford News.

Located just north of Highway 1, the Clarion Hotel experienced significant damages caused by the B.C. floods last winter — with more than three feet of water in the conference centre lobby at the peak of the incident, followed by a decision to temporarily close down for restoration. Hotel guests and staff had to be evacuated on the night of November 16, 2021, and about 100 staff members have been impacted by the closures since.

The Insurance Bureau of Canada referred to the flooding as the “most costly severe weather event in the province’s history.” Despite the challenges, the hotel donated perishable food to those impacted by the catastrophic event, helping those in need get through this difficult time.

“We’re looking forward to welcoming our community back to the hotel and conference centre,” said Valentina Tang, Asset Manager for Wanson Group — owner of Abbotsford’s Clarion Hotel. “It’s also been so inspirational to see so many people come together during this time of need, and supporting the many who were heavily impacted by the flood.”

About 12 months prior to the flooding, the hotel had just completed a comprehensive renovation — with all 116 guest rooms and 24,000 square feet of meeting and exhibit spaces fully upgraded with new decor, carpeting, furniture, fixtures, and amenities.

Following the damage, the hotel and conference centre lobbies were renewed once again, while the passenger elevators received new upgrades as well.

Situated right in the heart of the Fraser Valley and just off the Trans-Canada Highway, Clarion Hotel and Conference Centre is only minutes away from the border between Canada and the United States, Abbotsford International Airport, TRADEX Centre and Downtown Abbotsford. Reflecting on Wanson’s commitment to help build and create value for our community, we are delighted to continue serving visitors from and to this city.